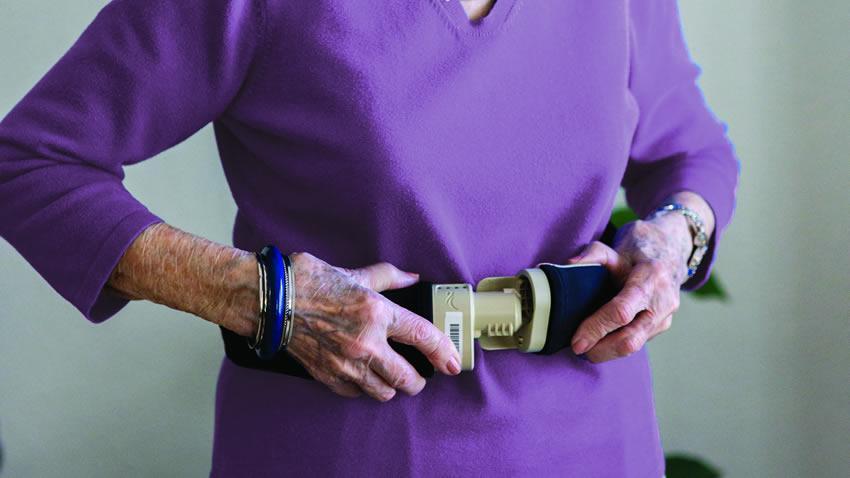 Eskaton resident, Marilyn Hoffman, wrote a letter asking if there was a belt available on the market that could be wore to protect the hips in the case of a fall. After searching Eskaton partnered with Tango Belt, to design and test an early concept of a hip protection belt. Residents worked collaboratively with designers and engineers to user test prototypes over 2+ years. This resident-led initiative began with the desire to reduce the risk of fall-related injury. Early testers reported a decrease in fear of falling and feel more empowered to take walks and exercise.