Retired Lt. Cmdr. Lou Conter is known for many milestones and accomplishments in his life. 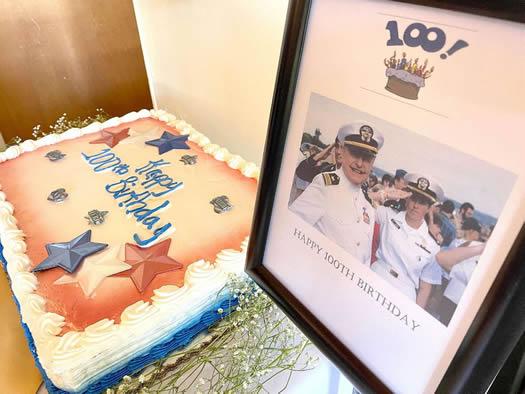 Though his actual birthday was Monday, a large celebration was held Sunday at the Alta Sierra Country Club, where family and friends from far and wide showed up to honor the living legend and American hero.

Representatives from the California Highway Patrol, Nevada County Board of Supervisors, Grass Valley City Council, and many more all presented Conter with their appreciation.

“You’ve come a long way from splashing down surrounded by sharks, to being here surrounded by people,” Grass Valley Chamber of Commerce CEO Robin Davies said to Conter. 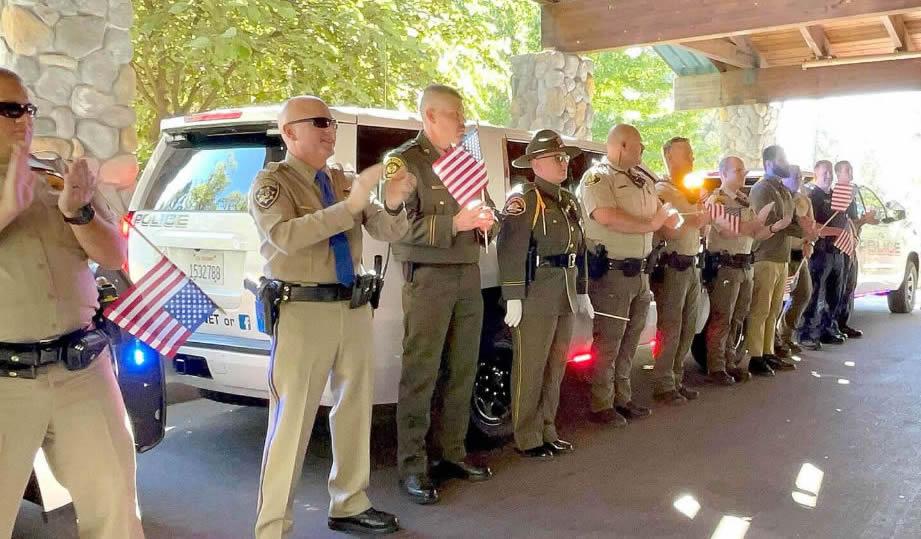 Friend Jeff Holt surprised Conter with a photo of his wife’s ultrasound and asked Conter to be his child’s godfather.

During the celebration, Conter was presented with another photo, this one of him pinning his wings onto great-nephew Capt. Ray Hower of the USMC, during a ceremony held recently.

“They decided that I should give him my wings, I pinned them on him yesterday,” Conter said to the crowd.

“I received my wings November 15, 1942, and he is now a pilot and a captain in the Marine Corps and his dad, a retired colonel, and I want everybody to meet him,” Conter said as he introduced Hower. 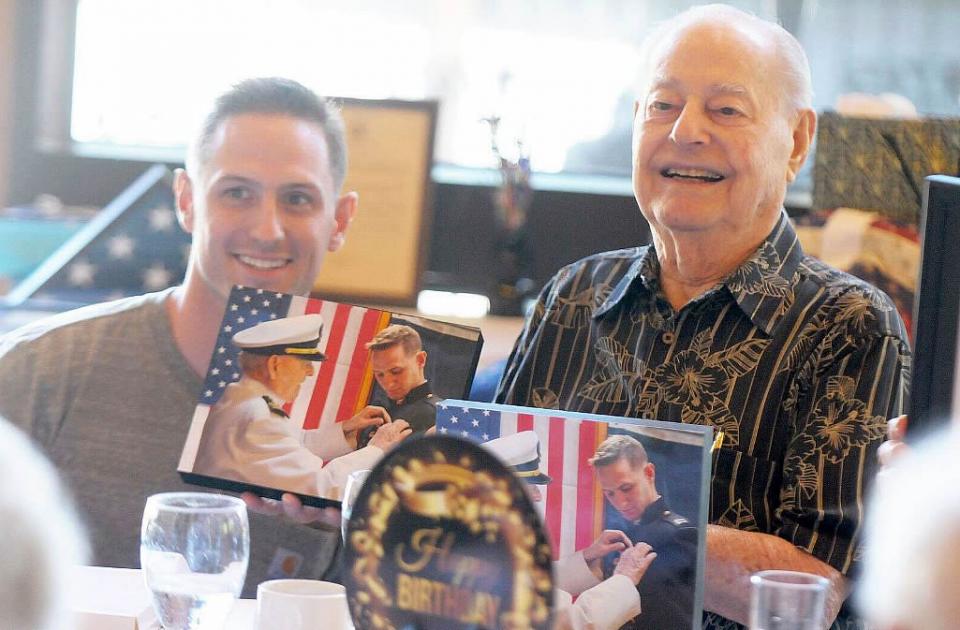 Conter spent the rest of the celebration receiving gifts, signing autographs in his book “The Lou Conter Story,” and taking photos with his many friends and family members. View photo gallery and video.