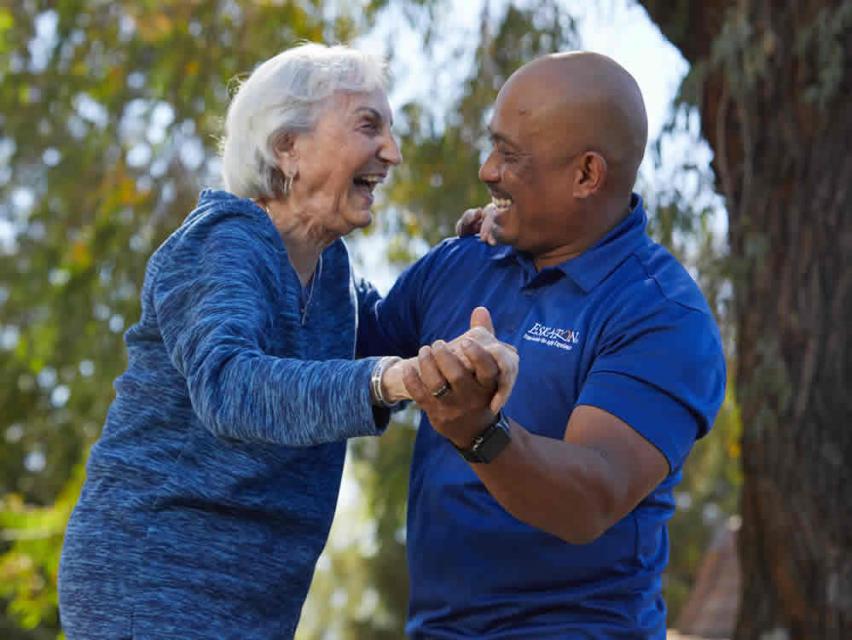 Bonnie Cushing worked as a nurse throughout her career and is the mother of three children, two boys and one girl. Bonnie loves to dance. She began tap dancing at the age of five, and at the age of ten, she competed in her first tap dance competition at the World’s Fair on Treasure Island. Bonnie tap danced until she was 68 years old and then moved on to ballroom dancing.

She enjoyed helping people and volunteered at Home of Faith, where children live who come from broken homes. She met and married her husband there as well.

Jon Belasco is an occupational therapist and has been with Eskaton for over twenty years. Jon is an engaging, energetic and enthusiastic member of the Eskaton Care Center Greenhaven team! He met his wife while she was working as a beautician for the residents. As a volunteer, his mother worked in the life enrichment department.