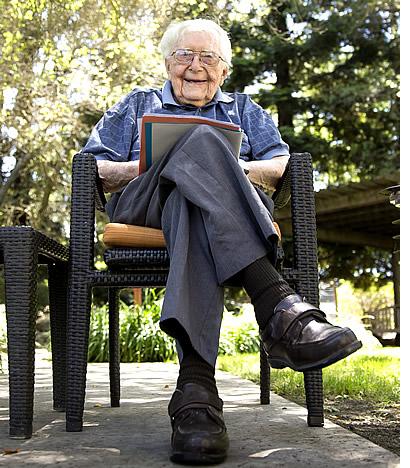 For Stocktonian and O’Connor Woods resident, Glen Mortensen, “going back to the drawing board” is just another Monday morning. Architect, dreamer, and perpetual problem-solver, the man once dubbed “Stockton’s Leonardo da Vinci” has been putting his creative mind to good use for nearly a century. And he’s nowhere near packing up his drafting tools and calling it a day.

At 96-years-old, one might think Glen has settled into retirement, enjoying work-free days and wiling away the hours with more recreational pursuits. Not so. Still actively participating and advising in the development of his beloved Stockton, Glen is filled to the brim with ideas on how to improve and refine the city he calls home. One of three founding members of the Save Downtown Stockton Foundation, Glen continues to advocate and push for the city’s leadership to reimagine the possibilities when it comes to moving Stockton’s infrastructure forward.

A resident of the city for over 70 years, it’s no surprise that Glen has seen some significant changes in Stockton, many of which he helped to bring about. Indeed, a glance at Glen’s prolific portfolio gives the impression he’s worked on every major building within a 100-mile radius of Stockton, with schools, banks, libraries, and courthouses across the San Joaquin Valley bearing the mark of his creativity and talent. Graduating from UC Berkeley with a degree in architecture in 1950, Glen returned with his new wife, Carolyn, to her hometown of Stockton, and it was there Glen began his career, joining the firm of Mayo, Johnson, and DeWolf as a draftsman. However, it was working with partner Howard Bissell at the University of the Pacific (UOP) that would seal his identity as a son of Stockton.

Commissioned in 1962 by then-university president Robert Burns to build a structure that would conceal the industrial water tank in the middle of campus, Glen and Howard would design the cornerstone of UOP’s architectural imprint, the Burns Tower. Inspired by the beautiful buildings he had so greatly admired in Europe during his time in the U.S. Army Air Corps, Glen would use his ingenious mind to help construct the tower in the same neo-gothic style. For the artist in Glen, the highlight of the project was piecing together the tower’s intricate stained-glass windows. “I picked the separate pieces out by hand and laid them all out on the ground before we started putting them up. We even painted the water tank white so the light would be reflected from the inside out. It was quite the process.” During his tenure at the University of the Pacific, Glen would go on to design several iconic buildings on the college campus. Though he is also responsible for expanding and renovating both Raymond and Covell Colleges, designing and building UOP’s School of Pharmacy was his most significant project by far.

Glen would eventually go on to open his own architectural firm, Glen H. Mortensen, Inc., in 1971. Over the next several decades, his innovative designs and methods of construction would help transform Stockton from a small, rural town on the outskirts of California’s capital city to a bustling metropolis in its own right. 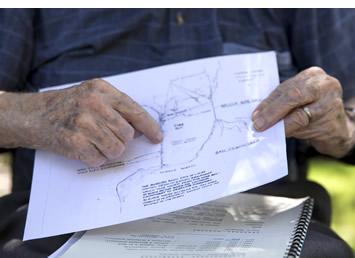 Even with this level of personal achievement, Glen refrains from musing over the past, choosing instead to focus on the future. Even today, the man continues to offer advice and strategic problem-solving to city officials looking to improve and grow their town.

He’s particularly passionate about revitalizing Mormon Slough, a dry river bed that slices like a scar through the middle of Stockton. His vision for the slough is an aquatic botanical park, full of vivid greenery and water features like a boat pond, a project that would improve property values and reinvigorate Stockton’s downtown area. “It could be the next San Antonio River Walk,” he says. “It would bring people downtown, and unify the city.” Though such innovative and creative thinking is exactly what the city of Stockton needs (and deserves), like any other massive municipal project, Glen has hit more than his fair share of pushback. “They always say there isn’t enough money, but we can go after grants from the federal government,” Mortensen insists. “We can go after donations from local citizens, clubs, Stockton Beautiful, Kiwanis, Rotary. There’s always a way.”

Now a resident of O’Connor Woods, an Eskaton-managed Life Plan senior living community in the heart of Stockton, Glen is right at home amongst a population that views their age as little more than a number. Celebrating their 30th anniversary this June, O’Connor Woods proudly supports and uplifts the lives of older adults in their community, offering a range of services from independent and assisted living to rehabilitation, skilled nursing and memory care. Glen joined the community just after the passing of his wife, and says he’s done some of his most creative thinking while walking beneath the massive heritage oaks that cover the 34-acre campus.

Indeed, Glen is a true renaissance man, dabbling in a variety of creative pursuits that range from playing musical instruments to painting. His true passion, however, has always been singing. A member of the Stockton Chorale when it was 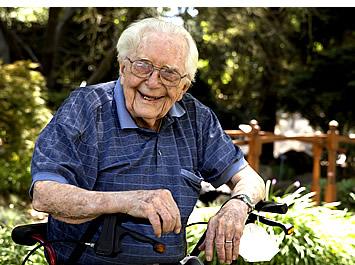 touring the U.S. and performing at such venerated venues as Carnegie Hall during the late 1950s, Glen has always enjoyed singing with others. Whether joining his voice with the Stockton Portsmen Barbershop Choir or performing with other O’Connor Woods residents in their own barbershop quartet, Glen continues to find joy in song.

What remains clear is that Glen Mortensen is still providing the city of Stockton and the rest of the world the passion and ideas that could radically alter the landscape for the better. He is a shining example of the notion that anyone can contribute to the conversation, regardless of age. When asked what advice he would give young architects at the start of their careers, his words were simple. “Think about the people who will live, breathe and work inside your building. Humanize it, then design it from the inside out. Once the inside is right, the outside will take care of itself.”